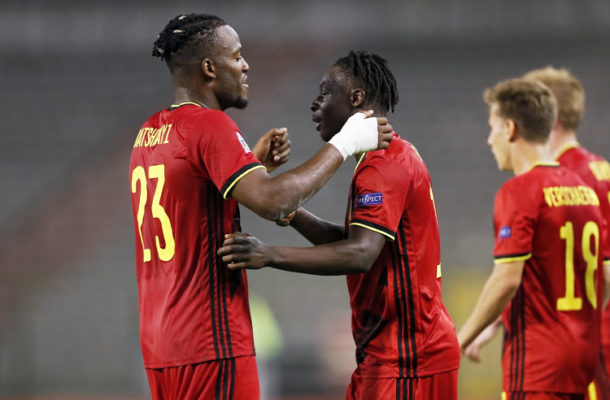 Belgium born Ghanaian winger, Jeremy Doku announced himself to the world as he scored for his nation of birth in his first start in the Euro Nations League game against Iceland.

Manchester City midfielder, Kevin Debruyne was impressed with the performance of the 18 year old winger who started his first game for Belgium on Tuesday night against Iceland.

Doku scored Belgium's 5th goal on the night after Michy Batshuayi had scored a brace, with another from Axel Witsel, and another from Dries Mertens.

The Ghana target cut in from the left onto his right foot before bending a shot past the Iceland goalkeeper in the 80th minute for his goal.

Kevin De Bruyne arrived later than the other teammates in the selection.

"I didn't have much time to see him play, only yesterday in training. He's going very fast, he's very technical. He still has a bit of waste, of course, but who doesn't have any at his age? "points out the Manchester City midfielder. "Making his debut as a starter with such a goal is very good for him."

A goal that punctuates a performance that started badly: "Jérémy needed a little time to understand how his association with Thorgan Hazard should work. But when you are able to step up as he did, to then play such a late game, at this age ... It's great, "says Roberto Martinez.