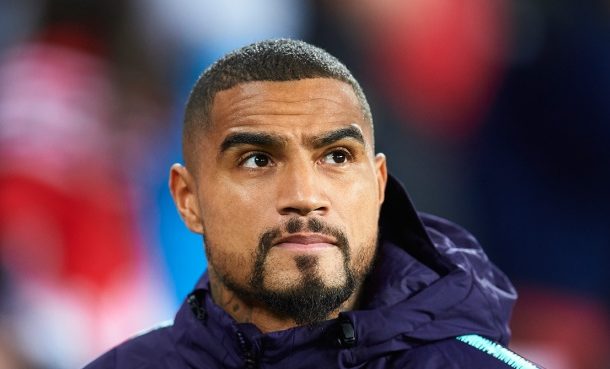 Ghanaian International Kevin Prince Boateng is not ruling out the possibility of returning to Seria A side Fiorentina despite having the love Besiktas.

Boateng, 33, regrets his inability to make a huge impact at Florentina but hopes for another opportunity when he could hit the mark.

The Ghanaian footballer is currently on loan to the Turkish side Besiktas, a team he indicates want to play for a long time.

His adventure in Fiorentina shirt was short with less playing time, a development that influenced his move to Turkey

But the fact that the Ghanaian was sent on loan to Besiktas in the January market does not discourage him from trying to regain the affection of the purple fans.

"I am very close to Fiorentina, I spoke with Vlahovic - he said in an interview with 'Sky Sport' -

"It is a bad time for everyone, the fans are in my heart even if they have not seen the real Boateng. with regret, I arrived in Florence to show so much but I was not able ".

The Ghanaian then made a promise to the supporters of the lily club.He wishes for another's opportunity to make them happy.

"It is not known what will happen in the future, but if I have the chance to return I will blow everything, Florence is a right place.

"From the outside you never see certain things. I put it there always the heart, the team has a lot of potential, some guys are doing an extraordinary championship: Chiesa, Castrovilli, Vlahovic, they have a good future ahead ".

Boateng joined the Besiktas on a six-month loan deal with the option to buy.

His days at Fiorentina was one of disappointment as the former Milan star only  played just 595 minutes of Serie A football, completing more than 80 minutes on the pitch just two times.