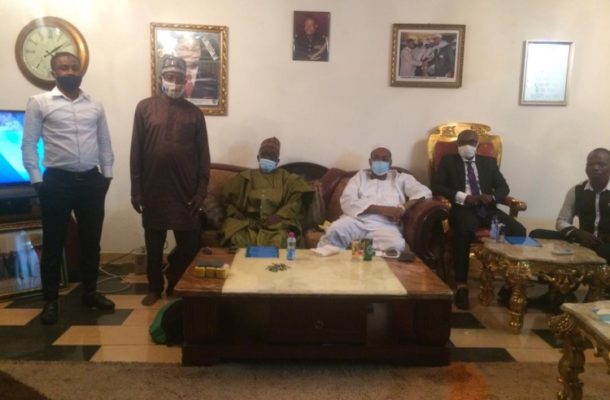 King Faisal have on Tuesday held talks with Togolese side Maranatha FC about the two clubs entering into partnership agreement.

The meeting was led by Alhaji Gruzah from the King Faisal side while President of Maranatha Football Club, Honourable Ameyi Gabriel led the delegation from the Togo side.

According Kumasi based OTEC FM, the meeting was held in Lome, Togo.

Honorable Ameyi proudly welcomed officials from the Ghanaian club to his residence in Lome, Togo.

The clubs discussed how they could benefit from the area of youth development, expertise in training, player development, coaching support, commercialization, as well as football business strategy.

The engagement, which was held between the clubs on how both could work together, is expected to continue in the coming days in Accra.

Management of the club under the leadership of Mr. George Amoako is currently working on the branding and commercialization aspect that would help their financial status as they prepare for the 2020/21 season.