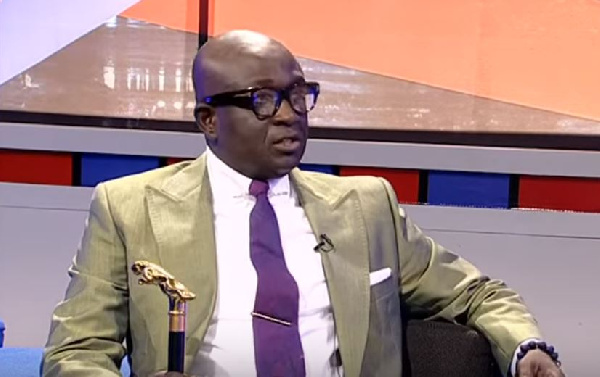 Having uttered that the rich have to be taxed more, the least one expected was the introduction of the Electronic Transfer Levy (E-Levy), considering that those who will be deeply affected are the poor and small businesses who transact via mobile money (MoMo), Kwasi Kyei Darkwah has argued.

According to the celebrated Master of Ceremonies, the Akufo-Addo government’s decision to introduce the levy of a 1.5% value tax on all electronic transactions above 100 Ghana cedi does not only worsen the burden of Ghanaians but also contradicts some remarks Finance Minister Ken Ofori-Atta once made.

Speaking on GTV’s breakfast show, Wednesday, KKD while acknowledging the implementation of the Free SHS policy, could not fathom why a government that promised to better the lives of Ghanaians would rather waste resources and impose more adversities.

“I remember Ken Ofori-Atta saying with all clarity that he thinks those who have must pay in something so that those who do not have will get it for free. So, now, you say everybody can get this for free and then now, you’re saying ‘all the poor people, come and pay this money’. There is something that tells me that, while there is goodwill, things haven’t been really thought-out well,” KKD said in the interview monitored by GhanaWeb.

He continued: “I’m adult enough to say that. I’m over 50 and if at 50 you cannot speak with wisdom and authority, you have a problem. And I can speak to anybody in government and tell them ‘This hasn’t been thought-out well at all. We still have so much wastage as determined by the Auditor-General’ not as determined by civil society, opposing party…”

The implementation of the Electronic Transfer Levy (E-Levy) commenced on May 1, 2022. The tax has been criticized by many for a number of reasons, including being double taxation.

The president during his interview on BBC however defended the decision to tax people on money that has already been taxed as he argued that “It’s emerging as the biggest economy in the country and for a long period has not had any taxation at all. So, it’s important now that they also come into the net. Our country has one of the lowest tax to GDP ratios of any country in West Africa and of an equivalent economy.

“The ECOWAS area, the general average, today, tax to GDP average is about 18%. Ghana- we are at 13%, so if you’re talking about a country that is already overtaxed, if anything at all, it’s undertaxed.”

The government hopes to raise over 900 million dollars and address the problems of unemployment and high public debt with the E-Levy.