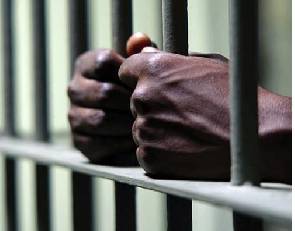 An aspiring Member of Parliament for the Klottey Korle Constituency has lashed out at the government for not making use of the country’s prisoners.

The Convention People’s Party (CPP) parliamentary candidate, Edward Opare-Addo, said: “Prisons are a huge labour bank and I challenge the Interior Minister to give me trucks and prisoners and I will use them for the benefit of the nation”.

Mr. Opare-Addo, who was speaking on Onua FM’s election programme Kokromoti on Monday, revealed that “flooding is rampant in the country due to choked gutters but we can use the prisoners to dredge all the gutters”.

“We are crying everyday about accommodation but we can take them around and let them build for the nation and themselves because if they have really caused pains to people,” he added. “Why would you waste their time again?” he wondered. “Let them work because they are a huge labour bank.”

Mr. Opare-Addo explained that prisons are reformative centers but currently prisoners are rather being punished given the conditions they are in. “I will not take anything from the government if I am given the opportunity and I can produce over 5000 blocks everyday with the prisons.”

Mr Opare-Addo, who is a building contractor, said “even before President [John] Mahama announced the establishment of Komenda Sugar Factory in the Central Region, Ankaful prisoners could have done it long time but they are being wasted”.

He bemoaned the poor maintenance culture in the country, saying “the money that was used to construct the big gutters through circle can build four or five Trust Towers, yet there is no body managing it”.

He said, “these gutters have been left ajar. The gutters are peeling now and we are waiting for the gutter to peel and then we go and borrow money for reconstruction again. We don’t have the maintenance culture”.

Mr. Opare-Addo said “we praying Dr. Nduom never left CPP because he was a pillar in the CPP but due to misunderstanding, he had to leave”.

The CPP candidate said “there are some things that gold cannot buy but understanding buys everything. That is what happened and Nduom left but if he were to be part of us, all the PPP people now would have been part of CPP”.