Know the character of your partners before you say I do 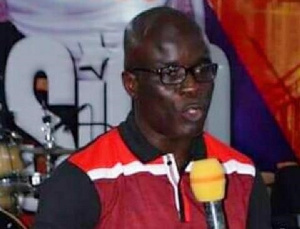 Mr Kwame Anom, Secretary for the Family Life Department of Resurrection Power and Living Bread Ministries International (REPLIB), Dansoman branch, has advised the youth to know the character traits of their partners before they say I do.

“Provoke” your partners’ character to enable you to know what they are truly made of. When you know the character traits of your spouse, it would inform you as to what to expect and help you be sure of whether or not you can cope with them for the rest of your life”, he said.

Mr Anom who is also the Events Chairman for REPLIB, Accra West Region gave this advice at Relationship talk held in Accra.

The event which was spearheaded by the Family Life Department of the Church centered and was on the theme: “Before I say, ‘I do’”

Mr Anom, noted that marriage was a covenant and not a contract that could be dissolved anytime each party wanted.

As such, women should take their time and be sure of their partners before saying, “I do” to their proposals.

The Secretary said in as much as marriage was a long lasting union that could not be easily broken, it did not warrant that men tortured their wives.

He, therefore, advised both single and married women to seek help if they found themselves in any toxic relationship.

He said if such issues persisted, separation was necessary so that both couples would undergo a period of counselling before the marriage was reinstated.

Mrs Victoria Opoku, also from the Family Life Department cautioned against rushing into marriage because one felt left behind, hence overlooking the red flags that may pop up during the courtship stages.

She warned against marrying outside the Christian faith with the hope of converting the spouse, later on, adding that such moves did not work and only led to regrets.

“Do not allow frustration to make you enter into marriage with anyone. Those who are ready, wait on God to give them what He thinks is best for them. Wait on God in prayer and first consider what He wants for you.”

Mrs Opoku called for a background check on each other before starting a love relationship, adding that afterwards take the person home for both parents to also give their approval on the individual.

She advised that painful experiences from one’s past life be dealt with before saying “I do” to a proposal.

“Most of you have bad pasts involving rape cases, broken hearts and so on. Learn to deal with these issues or else they will control you and make your marriage unstable”