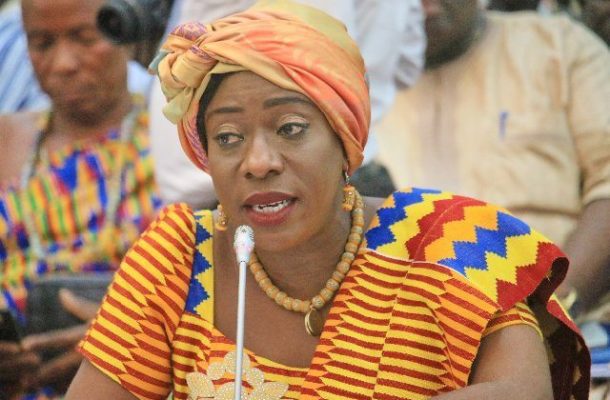 Minister for Tourism, Arts and Culture, Catherine Afeku has said the former UN Secretary-General, Kofi Annan, will be honoured forever.

According to her, the achievement and contribution of the late UN chief has impacted the lives of many across the world, therefore he deserves to be celebrated.

In an interview with the media at the forecourt of the Accra International Conference Centre (AICC), Mrs. Afeku described Annan as a “consummate diplomat and an honourable person who will forever remain in the lives of many not just in Ghana but in the World”.

She described the death of Annan, as a great loss to the world, adding that “he was an illustrious son who cared for world peace”.

“He was a true African. His behaviour meant he was a consummate diplomat. We have lost an illustrious son. He was an honourable person and it will remain history that we buried an illustrious son on the continent…” she opined.

Prior to his burial on Thursday, a short military ceremony attended by President Nana Akufo-Addo and some government officials, was held at the KIA to receive the body.

Mr. Annan who served two terms as the UN Chief died Saturday August 18, 2018 in a hospital at Bern, Switzerland, after a short illness.