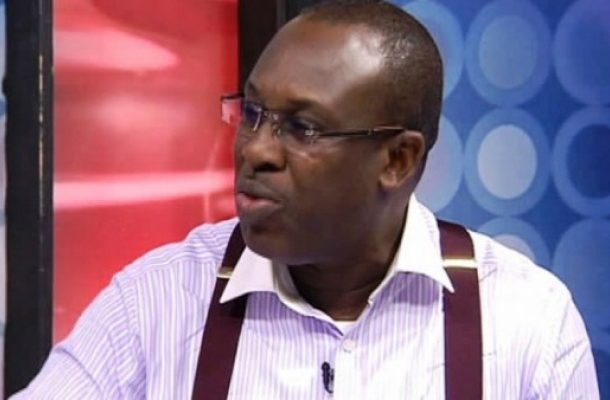 Senior Vice President of policy think-tank, Imani Africa, Kofi Bentil, has criticised Parliament for not delivering on its mandate as a check on the Executive in the fight against illegal mining (galamsey).

According to the outspoken private legal practitioner, issues about accountability regarding the Presidency-led fight against galamsey falls squarely in the ambit of Parliament but it has failed to do that so far.

Mr Bentil’s comment comes in the wake of assertions that President Nana Addo Dankwa Akufo-Addo has failed the fight against illegal mining, contrary to his promise to Ghanaians.

These assertions follow reports that confiscated excavators and other equipment being used by illegal miners have gone missing.

The governing New Patriotic Party (NPP)’s Central Region Vice Chair, Horace Ekow Ewusi, was recently picked up by the Criminal Investigations Department (CID) over his alleged role in the missing excavators and other equipment seized from illegal mining operators.

Some of the confiscated excavators

His arrest follows a request made by the Minister of Environment, Science and Technology, Professor Frimpong Boateng to the police.

Six other persons have been arrested and being investigated by the CID following a complaint lodged by the same Minister -- who is also the chairman of the anti-galamsey taskforce set up by the President.

Last year, a Secretary to the taskforce, Charles Bissue, was captured in a video allegedly taking monies to help an unlicensed company to circumvent laid down processes to be given clearance for its mining operations.

These outcomes have caused some, particularly members of the Minority in Parliament and members of the opposition National Democratic Congress (NDC) to suggest that the Presidency-led fight on galamsey is sham because most of the culprits have affiliations with the governing party or government.

Speaking on current affairs programme, Newsfile, on Saturday, Mr Bentil said questions about accountability in the Executive-led initiative to stamp out illegal mining should be spearheaded by the Legislature and not the Executive.


“The accounting [to the people on the galamesy fight] must happen in Parliament and I feel pained, that they have not seen it fit,” Mr Bentil told host of Newfile, Samson Anyenini.

In 2017, President Akufo-Addo launched Operation Vanguard to boost the fight against the environmental menace. He won many accolades for the initiative, but three years on some critics believe not much has been achieved.

Kofi Bentil wants Parliament to extend its watchdog role over the Executive in the fight against illegal mining.

‘It is possible for a report to be made to Parliament every quarter; it is possible for Parliament to establish a committee to go and check on the report. If it is serious, let us treat it as if it is. That type of accounting should not be within the Executive.

“If Parliament is minded to, and I am very disappointed that they are not seeming to do that, they should require from the Interior Minister to give them a report every quarter,” he proposed.
Source: myjoyonline