Kojo Bonsu Pops Up At KMA 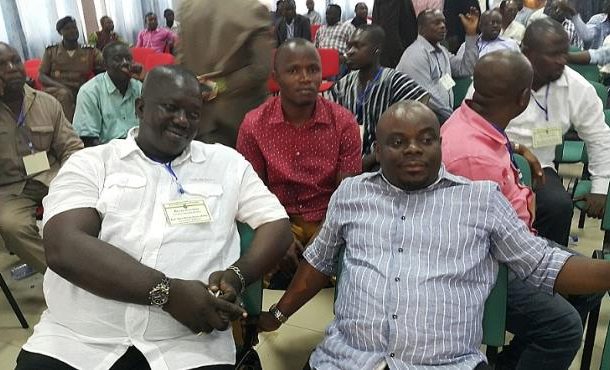 All hell broke loose when the name of the former Kumasi Mayor, Kojo Bonsu was mentioned during an assembly meeting yesterday.

Supporters of Kojo Bonsu went wild and nearly pounced on Nana Kofi Senya and his supporters due to the mere mentioning of the name of Kojo Bonsu.

Nana Kofi Senya, who was officially withdrawing from the KMA PM polls, told the House that the KMA is now an orphan because their head, Kojo Bonsu had sadly resigned.

He noted that it was unfortunate that Kojo Bonsu, who was the father of the assembly, resigned to impoverish the Assembly.

Nana Kofi Senya’s comment was seen as a mockery of Mr Bonsu so supporters of the former Kumasi Mayor, who are government appointees, became angry.

They therefore hooted at Nana Kofi Senya, which disrupted the activities of the House for some minutes before sanity eventually prevailed.

Kojo Bonsu and Nana Kofi Senya, a former PM of the KMA, were seen by the public, including the assemblymen, as arch rivals who didn’t see eye to eye.

Government appointees in the House, especially those who are loyal to Kojo Bonsu, claim Nana Senya took steps to make Kojo Bonsu unpopular which eventually led to his resignation.