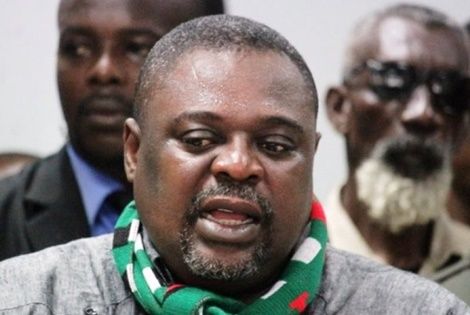 I read with shock a story from GhanaWeb with the title ‘Clueless, incompetent Mustapha Hamid embarrassing government – Koku Anyidoho’

It is a matter of public knowledge the reckless and irresponsible manner Mr. Anyidoho performed his duties as the Spokesperson for late President John Evans Atta Mills.

His recklessness and irresponsibility saw him ‘dismiss’ the Ashanti Regional Manager of ECG on live radio because the lights at the Kumasi Sports Stadium went off. Koku was a dent on the image of President Mills and his government. He commented on matters he clearly had no locus or briefing to comment on. He was a heavy liability.

Koku Anyidoho’s lack of respect and arrogance towards his colleagues and superiors was legendary. Because of his constant arrogance and disrespect towards the then Vice President Mahama, he was the first person to be dismissed from the Presidency when Mr. Mahama became President.

Koku Anyidoho was not only a liability to the NDC government but he is also a liability to the NDC party. All his public utterances and interviews before and during the 2016 elections took the NDC party into opposition. Even when it was abundantly clear the NDC had lost the 2016 elections, Koku Anyidoho decided to mislead NDC supporters and other Ghanaians with his infamous ‘comfortable lead’ press conference.

At a rally in Kumasi during the 2016 elections, he used precious time to insult the person of Vice President Dr. Bawumia and other distinguished personalities. Koku appears to be an expert in insulting personalities who are ahead of him.

So it is not surprising that Koku Anyidoho would attempt to attack the person of Dr. Mustapha Abdul-Hamid, who is miles ahead of him in public communication.