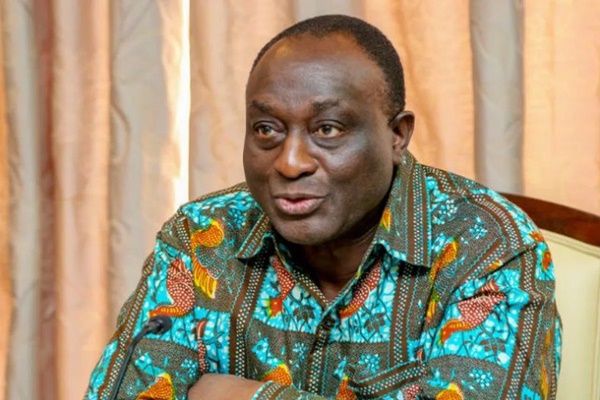 The failure by the then Mahama-led National Democratic Congress (NDC) government to ensure the Komenda Sugar Factory in the Central Region became functional is coming back to haunt them.

The factory, which has been in existence since Osagyefo Dr. Kwame Nkrumah’s time, was refurbished at a cost of $35 million from an Indian Exim Bank facility and was inaugurated by Mr. Mahama in May 2016.

Immediately a test run was conducted, the factory, with a capacity to crush 1,250 tonnes of sugarcane per day, was shut down to the amazement of the public.

It later turned out that there was no raw material to feed the factory and it had been done for purposes of political expediency when Mr. Mahama was running around the country for his second term bid that never was.

When Nana Akufo-Addo became President, he promised to bring the factory back to life and tasked the Ministry of Trade and Industry to find a strategic investor to revive the “debt-ridden and idle” factory.

The government on Tuesday finally handed over the Komenda Sugar Factory to a Strategic Investor called Park Aggrotech Company Limited, an Indian company based in Ghana and a subsidiary of the Skylark Group of companies, which won the bid to manage the factory.

The Paramount Chief of Komenda Traditional Area, Nana Kojo Kru II, said on radio yesterday that he never saw and tasted samples of the Komenda sugar that the NDC claimed it produced.

“I didn’t see any sugar, whether blue or white. They didn’t bring some to my palace and up to date, I don’t understand why I wasn’t shown just a sample of that so-called sugar,” he said on Kasapa FM in Accra and added sarcastically that “Maybe that wasn’t a wholesome sugar for consumption.”

In a rebuttal, a former board secretary of the Komenda Sugar Factory, Ransford Chatman Vanni-Amoah reacted, saying he is ‘scandalized’ by the chief’s comment.

“When the factory was commissioned on May 30, 2016, there was a test run. At the time, we didn’t have any MD, but there was what we called the Komenda Sugar Project Management Board. Eleven members sat on the board including Nana Kojo Kru II. The sugar that was produced during the test run, every member of the Board, I quite remember, was given some of the sugar produced. So it comes to me as a surprise if Nana will today say on radio that he never saw samples of the Komenda sugar,” he said.

Yesterday, the deputy Minister of Trade and Industry, Kingsley Carlos Ahenkorah, explained the extent of rot perpetrated by the NDC at the factory.

He said that the Mahama government paid two million US dollars to an out-grower who never supplied the sugarcane for the factory to work.

He said there were procurement infractions during the setting up of the facility and EOCO was working on the case.

He assured that the Akufo-Addo government was determined to make the factory produce sugar.