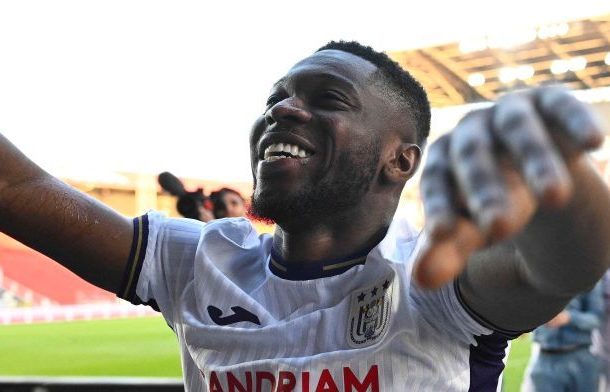 Raheem Sterling's talents has always been evident but lacked that killer instincts but appears to have found that under the tutelage of Pep Guardiola at Manchester City.

Coming through the Anderlecht youth ranks alongside Jeremy  Doku who now plays for Stade Rennes, Amuzu was seen as the better player than Doku but it appears his development has stalled but his talents are glaring.

He has been in and out of Vincent Kompany's Anderlecht set up but is highly rated but has failed to consistently show what he can do although he always shows glimpses of what he can do.

In recent months (and years) Amuzu was not sure of his place at Anderlecht, but seems to have regained his place in the first eleven in recent weeks.

He enjoys Vincent Kompany's confidence and thanked him with some great performances. It also brings praise to the Anderlecht coach.

Steven Defour compares him in 90 minutes with Raheem Sterling, who flourished under Pep Guardiola.

"What Guardiola did to Sterling, Kompany can do to Amuzu," he said.

"He can be more goal-oriented and work on his finish. Sterling couldn't finish when he came to City either," Defour noted. That now seems to be happening with Amuzu, who is now starting to break through at the Purple & White. Kompany has given Amuzu many opportunities, we must not forget that," adds Filip Joos.

Amuzu has long been criticized for his poor statistics. The wing forward has already played 149 matches for Andrlecht, in which he sixteen goals and sixteen assists.

He has scored nine goals this season and has five assists after 43 games.