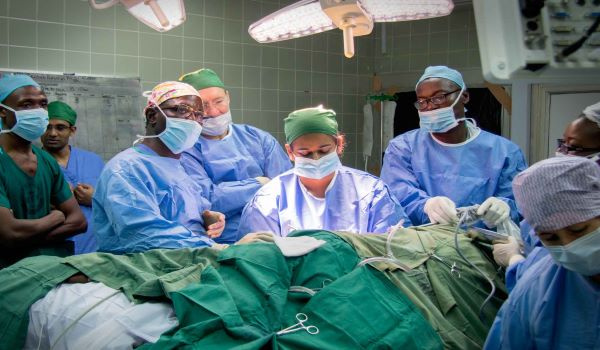 Dr Daniel Asare, the Chief Executive Officer (CEO) of the Korle Bu Teaching Hospital (KBTH) has advised Ghanaians to be wary of their lifestyles as there has been an upsurge in chronic kidney disease as well as other diseases.

Chronic kidney disease is commonly caused by diabetes and high blood pressure, which are responsible for up to two-thirds of the cases, he stated.

Dr Asare revealed this at a media engagement in Accra.

He said the KBTH alone in 2018 recorded a total of 547 chronic kidney disease cases which was alarming because figures from other facilities were unknown.

Dr Asare noted that this was worrying as these are non-communicable diseases which have seen an increase due to unhealthy lifestyles.

He said other diseases that have seen an increase include; stroke 488, Pulmonary Tuberculosis 277, hypertension 223, and pneumonia 221.

The others are Diabetes Mellitus 201, congestive cardiac failure 195, severe anaemia 162, Pleural Effusion 105, as well as Hepatitis B and viral infection 71.

"These are the top ten causes of death recorded in the Hospital," he said.

He said in order to prevent the occurrence of such diseases there was the need for people to make healthy food choices, make physical activity part of their routine, and aim for a healthy weight.

The CEO said it is advisable for everyone to get enough sleep, stop smoking and limit alcohol intake.

This, he said, when taken seriously would help reduce the numbers.