“Kotoko are nothing extraordinary”- Lwandamina defiant even in defeat 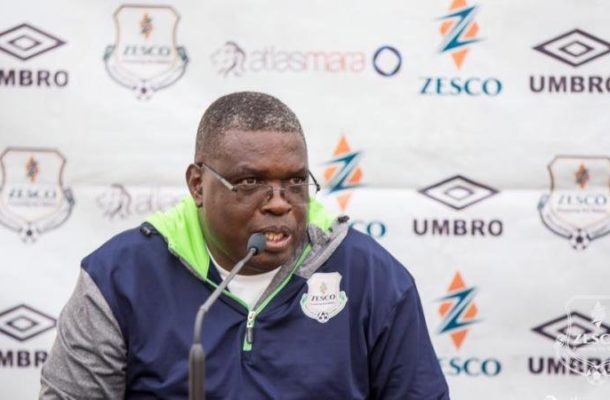 First half goals from Kwame Bonsu and Emmanuel Gyamfi helped the Porcupine Warriors bag their first win of the campaign.

Ghanaian striker Rahim Osmanu climbed off the bench to pull one back for the visitors and was denied the equalizer by some brave goalkeeping from Felix Annan in the 88th minute.

During his post-match interview, coach Lwandamina insisted his team deserved more from the match.

“I believe we should not have lost the game looking at the way we played, especially in the second half. But it’s a game and we squandered so many chances which we should have scored. We made some errors at the back and that saw us concede the two goals in the first half “

“We came back fighting in the second half and got a goal back. However, the red card deflated our egos and here we are as the losers of the game. I feel a point for my players would have been a fair reflection of the game”

“I still hold on to my earlier statement that the Asante Kotoko I knew in the past is not the same as we have today and looking at the way they played against us, I think I am right. There’s nothing extraordinary about the team. But I respect their output today. They took their chances and we didn’t so we go back to the drawing board and work hard to record a win in our next game”

ZESCO United will aim to return to winning ways on matchday three when they host Al Hilal on Sunday, February 24.