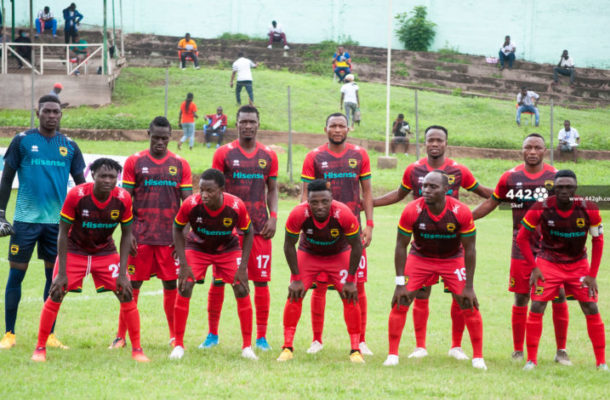 Coach of Kumasi Asante Kotoko Mariano Barreto has released his list of 18 players who will travel to Obuasi for their crunch home game against Medeama SC at the Len Clay Stadium.

The coach has ringed some five changes in the squad that played a goalless draw against Great Olympics in Accra.

Conspicuously missing from the squad is club captain Felix Annan who has been dropped for Kwame Baah with Razak Abalora the undisputed number one.

The defence remains unchanged while three players have made a return to the squad after missing out the last time.

Injured duo of Kwame Adom Frimpong and Naby Keita who were on the sidelines due to injuries are now fit and in contention for the weekend's game.

Fabio Gama has also returned to the squad after missing out  on the Great Olympics match due to yellow card accummulation.

There was no place for Latif Anabila, suspended Mudasiru Salifu and the returning duo who were injured - Richard Senanu, Emmanuel Keyekeh. 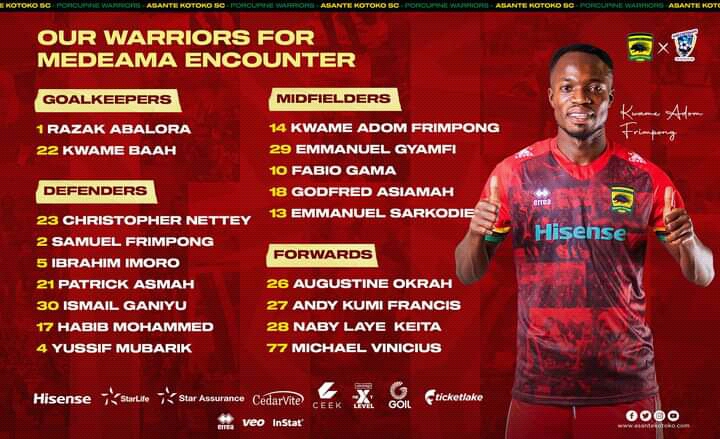