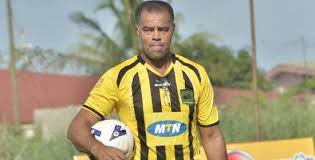 Kumasi Asante coach Steve Polack has been hit with a three match ban and a fine of GHC2000 after being found guilty of misconduct by the Disciplinary Committee of the Ghana Football Association.

Kotoko’s gaffer allegedly used insulting words against a match official when his side played Berekum Chelsea in a Premier League game in the just ended league.

The committee found the manager in violation of Article 35(1)(a & b) of the GR and Article 66 of the DC.

The Finnish trainer will in effect not be on the bench for the group stage games of the G8 tournament that kicks off on January 6.

Kotoko can still send the issue to the Appeal’s Committee for redress.