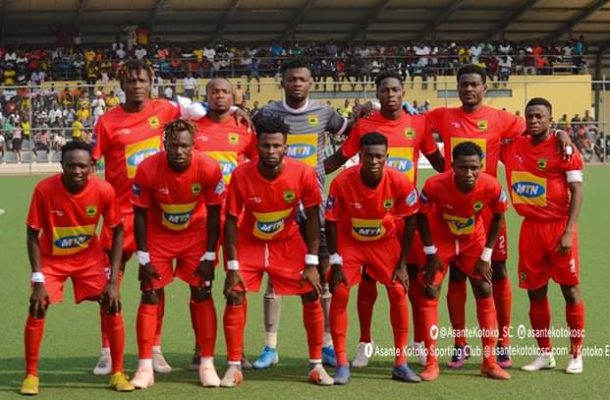 Kumasi Asante Kotoko continued with their pre-season preparation ahead of the 2020/2021 Ghana Premier League season.

The porcupine warriors were held to a 2-2 draw by lower tier side Krystal Palace in a friendly game played at the All Nations University Stadium in Koforidua on Tuesday.

New signing Evans Adomako Wiredu who joined the club from lower tier side Phar Rangers was handed a starting role but could not get onto the score sheet.

Kwame Adom Frimpong opened the scores for the porcupine warriors in the seventh minute from a corner kick taken by Ibrahim Imoro.

Guinean import Naby Keita gave Kotoko the second goal from the spot kick after Emmanuel Gyamfi was fouled in the box.

The lower tier side staged a fierce fight back as they pulled one back before the break to make it 2-1.

In the dying embers of the game the Akosombo based side pulled parity to share the spoils with the porcupine warriors.