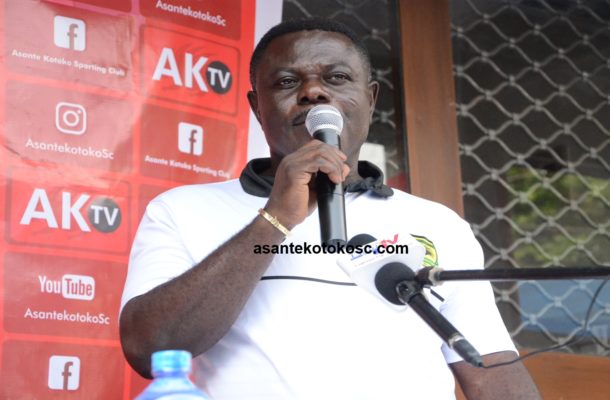 Management has urged Asante Kotoko supporters to remain calm and in support of the club ahead of the crunch CAF Confederation Cup game against Zesco United next week.

According to a press release from the Communications Directorate, the management believes the Porcupines can return to winning ways against Zesco United after the defeat to Al Hilal.

Management thinks the task is a shared responsibility, and is, therefore, calling on the supporters to troop to the Baba Yara Stadium in their numbers to cheer the players on.

“Management will like to call on our supporters to remain calm and in support of the club despite our loss to Al Hilal in the opening fixture of the CAF Confederation Cup Group C,” says the statement.

“As Management of the club, we do acknowledge the disappointment that the result brought to our rank and file, and the fact that some have been left disillusioned in our chances of making it out of the group.”

“We, however, will want to state that our aim of qualifying out of the group and the chances to that regard are still intact despite the result we had at the Al Hilal Stadium in Sudan last Sunday.”

“We play our first home game of the group stage against Zambian side Zesco United on Wednesday, February 13, 2019, and will urge our supporters show up in their numbers to support the team to victory.”

“We still have a good chance to make amends in the competition after the poor result last week, and that opportunity starts on Wednesday with our first home game of the competition at the Baba Yara Stadium.”

“It is our wish that we all see it as our responsibility and throng the stadium to do our part of the bargain by supporting the players and the technical team to win the game,” concludes the statement.