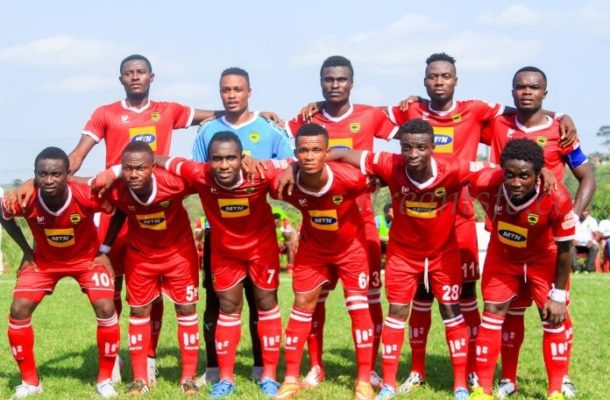 Asante Kotoko will play Inter Allies on Wednesday and the national U-23 side on Sunday, as management reveals the programme of the team ahead of their first game in the CAF Confederation Cup.

The Porcupine Warriors will play the winner of the first preliminary round match between Kariobangi Sharks of Kenya and Alter Solar of Djibouti, though the former has taken a giant lead after a 6-1 win in the first leg.

Coach Charles Kwablan Akonnor and his lads have been camping in Accra since last Saturday, and are training at the Zeytuna Park at Kasoa as they intensify their preparations for the duel.

“The team will play Inter Allies in a friendly at the Accra Sports Stadium at 3:30 PM on Wednesday, and drive straight to Aburi in the Eastern Region, after the match, for another training camp,” Director of Communications, Samuel Sarfo Duku (Esq), confirmed to asantekotoksc.com on Monday.

"Asante Kotoko will also play the Black Meteors on Sunday, December 9, 2018, and return to Aburi to continue with their preparations until they fly to either Kenya or Djibouti on Wednesday, December 12, 2018, for the first leg match."

“The first leg game in either Kenya or Djibouti has been slated for either 15th or 16th December, and the team will leave Accra on December 12, this year and return after the game on Sunday,” he further stressed.