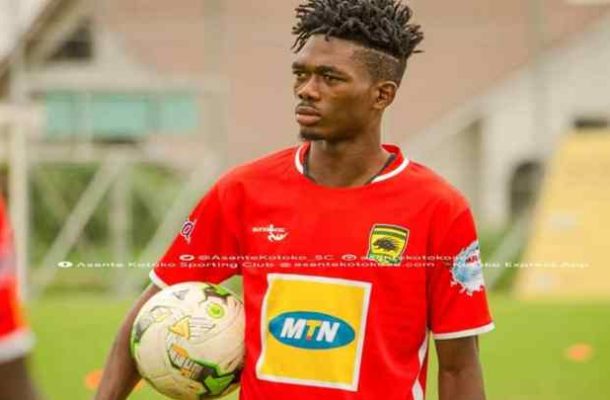 Kumasi Asante Kotoko have reached an agreement with defender Empem Dacosta to mutually terminate his contract.

The player has been deemed surplus to requirements as he does not figure in the plans of head coach Maxwell Konadu.

Dacosta was highly rated when joining the porcupine warriors from Karela United but his form was shaky and inconsistent for the club.

At some point, the 23 year old was down the pecking order at the club due to poor form and almost left the club for Legon Cities when the second transfer window for the 2019/2020 league season opened.

According to the player's representative Blessing Kwaku aka Bee God, the head coach has informed his client that he will not be considered for selection next season.

"The coach has disclosed to us that he doesn't need Empem Dacosta at Kotoko. We have accepted his decision," Blessing told Wontumi FM

"We are only waiting for the club to pay us and terminate contract officially. We are asking for all entitlements to paid to us"

The central defender who is adept at full back joined Kotoko last year from Karela United on a three year deal.

He made just three appearances for Kotoko last season.