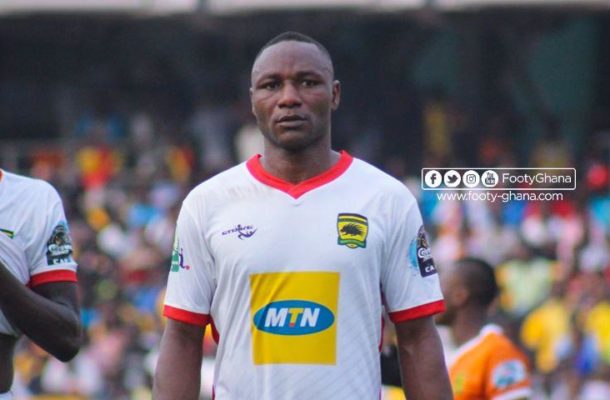 Kumasi Asante Kotoko have parted ways with AWOL defender Wahab Adams with immediate effect ahead of the start of the new season.

The veteran defender was the subject of controversy when he reportedly traveled to Congo to have trials with an unnamed club without the consent of his club.

His agent later came to clear the air that his client was in Congo for holidays and not for trials as was being speculated.

Kotoko have on Monday 20th September,2021 mutually parted ways with the experienced defender.

In a letter released by the club its states: “Player, Wahab Adams with License No. GHA021095M has been released to join any club of his choice with effect from September 17 2021”.

The experienced center back joined Asante Kotoko in 2017 on a free transfer after eight years with Aduana Stars.

He was a bit part player at Kotoko and was deemed surplus to requirements at the club as a move away will benefit both parties. 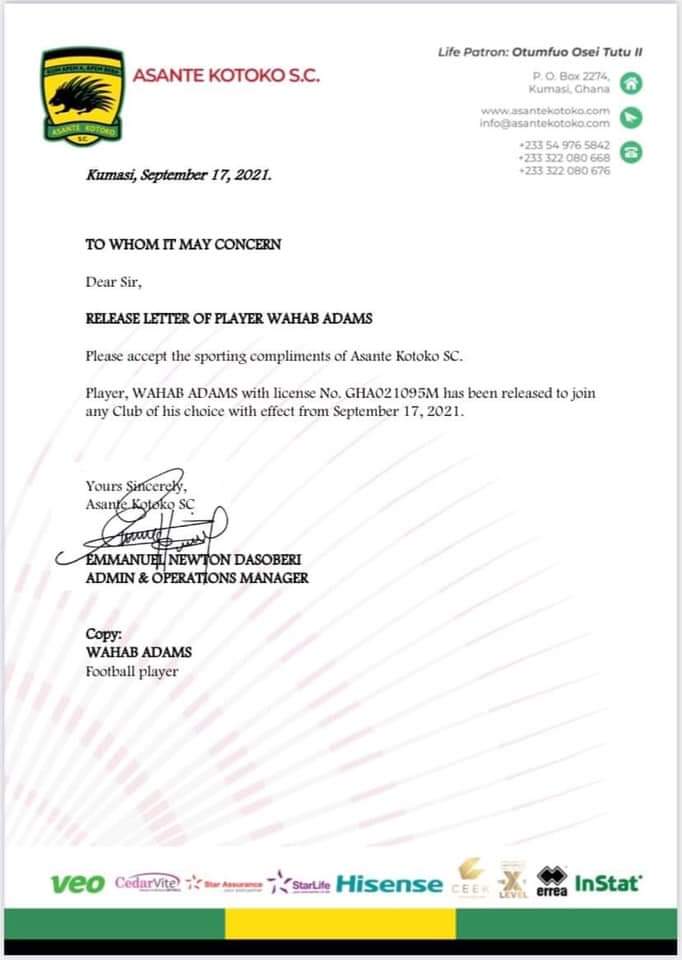