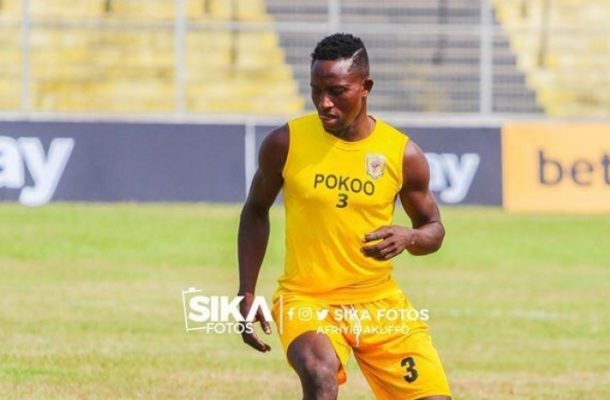 Ghanaian giants Asante Kotoko have completed the signing of Highly-rated central defender Yusif Mubarik ahead of their participation in next season's CAF champions league.

According to media report,  the out-of-contract Ashgold SC rare guard has agreed a three-year deal with the Porcupine Warriors and an official announcement is expected in the coming days.

Mubarak, 23, emerged on the wishlist of the Porcupine Warriors after his three-year contract with their regional rivals expired last month.

The towering centre back joined the Miners  from Liberty Professionals in 2017 after an explosive performance in the Ghana Premier League.

He established himself as an Ashgold regular in the 2018 NC Special competition and played an instrumental role in their last campaign in the CAF Confederation Cup.

Mubarik featured 14 times for AshantiGold SC in the 2019/20 Ghana Premier League season which was cancelled due to the Coronavirus pandemic.