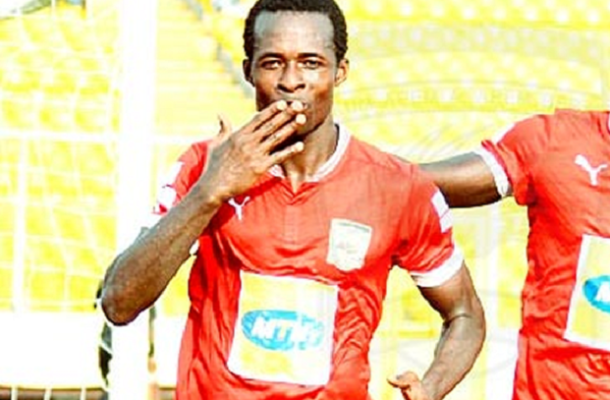 The Ghana Football Association has announced the suspension of Kumasi Asante Kotoko striker, Seidu Bancey for the rest of the season as a result of a misconduct in their Ghana Premier League match against New Edubiase.

According to reports, immediately after the match between New Edubiase United and Kumasi Asante Kotoko SC played at Bekwai on 27th July, 2016, the returnee striker violently attacked the match officials in violation of the GFA General Regulations.

Seidu Bancey in his response pleaded not guilty to the charge and requested for personal hearing and therefore invited to the Disciplinary Committee sitting.

According to the player, after the match he went to the officials of New Edubiase which is his former club to have a chat with them insisting he did not go near the match officials let alone attack them.

The Football Association considered all evidence including a video in which the player was seen chasing the referee and physically assaulting him amidst verbal abuse.

The player was therefore found guilty and suspended for the rest of the season.

The GFA Disciplinary Committee warned the player to be of good behaviour and that should he be found guilty of any misconduct charge, the Committee shall apply severe sanctions against him.

Bancey rejoined Asante Kotoko during the mid-season transfer window after returning from a failed stint with Egyptian side FC Smouha.

Meanwhile charges against Bancey's teammate has been dismissed by the GFA Disciplinary Committee after investigations revealed the player did not engage in any form of violence after the match between Kumasi Asante Kotoko and New Edubiase.