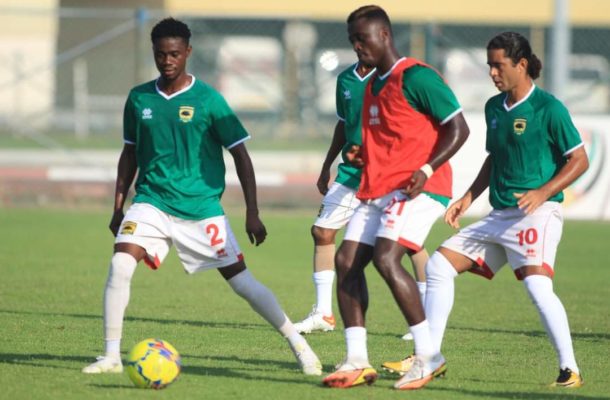 Kumasi Asante Kotoko lost their opening friendly match against UAE side Al Hilal United FC in their preseason friendly match in the early hours of Thursday at the Al Hamriyah Sport and Cultural Stadium.

The third tier United Arab Emirates side defeated Asante Kotoko by a lone goal to nil despite the Ghanaian giants playing very well.

The porcupine warriors started the better of the two sides and had early chances with Dickson Afoakwa going close in the 12th minute.

It was a tail of two players from each side causing trouble for the various defence with Kotoko's Fabio Gama and new boy Clinton Opoku a handful for the Hilal backline.

For Al Hilal, Nduor Fall and Bello Rouchdane were a thorn in the flesh of the Kotoko defense.

There was nothing to separate the two sides as the first half ended in a stalemate.

After the break Al Hilal continued with their impressive performance they exhibited getting to the end of the first half.

In the 47th minute Kotoko's Christopher Nettey put the ball in his own net after incessant pressure from the lower tier side.

After conceding the goal Kotoko upped the ante as they tried to pull parity with coach Ogum making two changes with Richmond Lamptey and Sheriff Mohammed replacing  Clinton Opoku and Emmanuel Keyekeh respectively.

Kotoko were unable to equalize as they lost their first of three preseason games during their two week training tour.