KP Boateng changes his name on social media for love 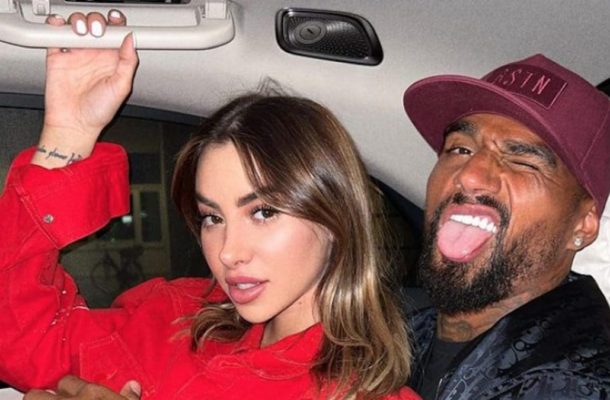 Unusual choice of Kevin-Prince Boateng who has decided to change his name for love on his social media profiles, a novelty that has not escaped his followers.

Kevin-Prince Boateng never ceases to amaze. During his footballing adventure, the Ghanaian midfielder surprised both by sensational plays and goals, and by the numerous changes of shirt.

At 35, the former Milan, Sassuolo, Fiorentina, Monza and Barcelona player now plays for Hertha Berlin, the club where he took his first steps as a professional in the world of football. The last big news, however, concerns not his long footballing streak but his private life.

The midfielder got married for the third time a few months ago. In fact, after his wedding with Jennifer and those with Melissa Satta, with whom he had two children, Jermain Prince and Maddox Prince, he married Valentina Fradegrada , a very popular entrepreneur, model and influencer on social media as well as multiple martial arts champion . The couple decided to live their best day in a very particular way, namely in the metaverse.

In this way, the player and his Italian partner also exploited this network of virtual 3D worlds, in which one can enter and participate in events that also exist in the real world, with the perception of sharing the same spaces at the same time. An innovative and unusual choice, like that of the last few hours, which has not escaped precisely on social media. In fact, Kevin-Prince Boateng has decided to change the name of his official social profiles. How? Also including his wife's surname . Here then is that the owner of his Twitter and Instagram pages has become Kevin-Prince Fradegrada Boateng.

If already on the occasion of the wedding the "Boa" declared: " I wanted to do something special for Valentina, something that no one had ever done ", it is easy to think that the choice of the double surname is also linked in this regard. And the model on her side did the same, including her husband's surname, " Valentina Boateng Fradegrada ". Is this just a social change, or is there something else? On the other hand, the issue of the double surname has recently returned to us in Italy after the sentence of the Constitutional Court which declared illegitimate, the rule that automatically assigns the paternal surname to children.