KP Boateng on target for Besiktas in Turkish Super Lig 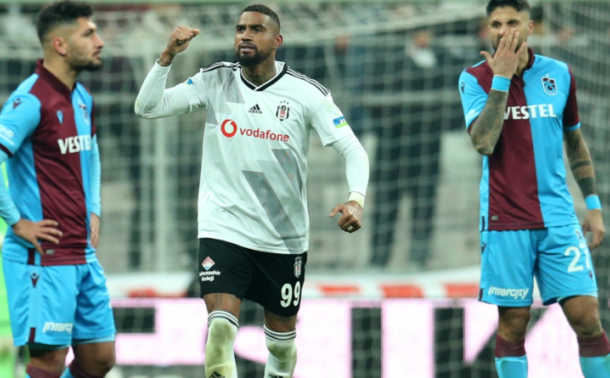 Ghanaian star forward, Kevin Prince Boateng scored his second goal for Turkish Super lig side Besiktas in their 2-2 home stalemate against Trabzonspor at the Vodafone Park.

Two-goal hero Alexander Sorloth opened the scoring for the visitors in the 5th minute of the game before Boateng snatch the leveler for the Black and White lads in the 54th minute.


Domagoj Vida with a fine effort made it 2-1 ten minutes later.

Alexander Sorloth, however, grabbed a late goal to deny Trabzonspor a win, ending the match in a two-all draw.

Boateng who was subbed in the 74th minute after being replaced by Tyler Boyd has so far netted two goals in three outings for Besiktas.

Meanwhile, his compatriot Caleb Ekuban, was introduced in the game for Trabzonspor in the 66th minute to replace Dogan Erdogan.