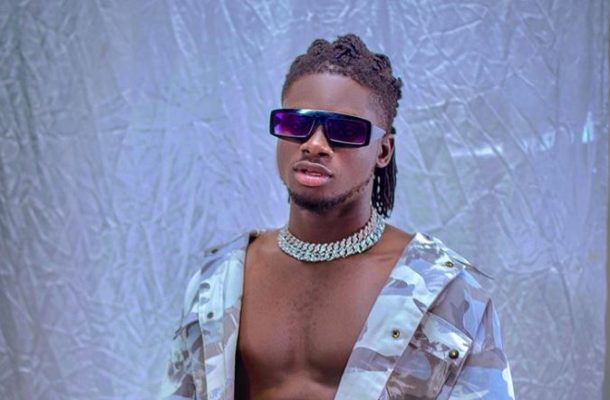 Lynx Entertainment signee, Kuami Eugene, has been captured rapping in a viral video at Capital extra with Tim Westwood.

Tim is a prominent disk jockey (DJ) in London. His show on Capital extra (Radio station) is a platform mainly known for rappers.

Rappers from all walks of life have graced Tim Westhood’s platform, and according to Nana Gyan, Kuami Eugene, mainly known for singing, did excel on the show.

Sharing his view on Rockstar’s rapping prowess, Nana Kwame Gyan said: “He’s done so well. Listening to him, you could clearly say that he’s a better rapper than some of the mainstream rappers in Ghana. Those of us who know Kuami Eugene knows that his first call was rap. He later switched to gospel music and now doing highlife/Afrobeats.

“I must say, some of the rappers who went to Tim Westwood’s platform did well while some too did wack and terrible rap. But for a singer to do such a great freestyle, he’s done very well,” he explained.

Explaining his stance, the critic noted that Kuami got his attention with sampled lines from other artiste songs.

“What impressed me the most was when he stole a line from our people. A line from Castro’s song and Dead Peepol as well. In fact, he got my attention. He spat words from popular songs. On that score, he did extremely well. I must commend the lynx team, I monitored their event in London, and it was great,” Nana Kwame Gyan concluded.