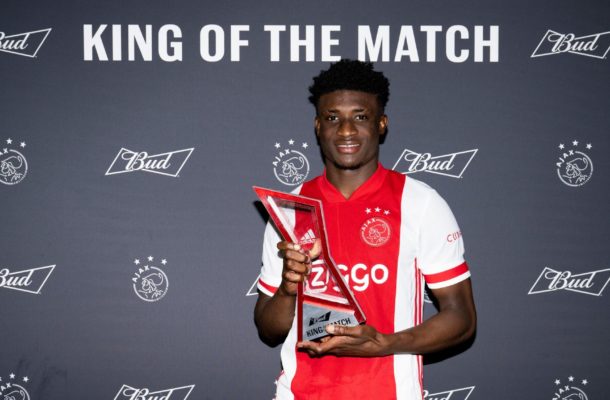 Ghanaian wonder-kid Mohammed Kudus marked his full debut for Ajax Amsterdam with the King of the match award following a stellar performance to help his side secure maximum points On Sunday.

The 19-year was handed his first start in the Eredivisie for his new side as they went on to trounced RKC Waalwijk 3-0 at the Amsterdam arena.

The former Right To Dream star was instrumental in the midfield for the Dutch powerhouse, with silky and intriguing displays.

Serbian star midfielder Dusan Tadic opened the Scoring for Ajax after ten(10) minutes before Zakaria Labyad and Lisandro Martinez added the other goals to seal the second victory of the season.

Kudus joined Ajax this summer from Danish club FC Nordsjælland in deal worth around €9.5 million.