Kudus Mohammed ruled out until next year after Liverpool injury 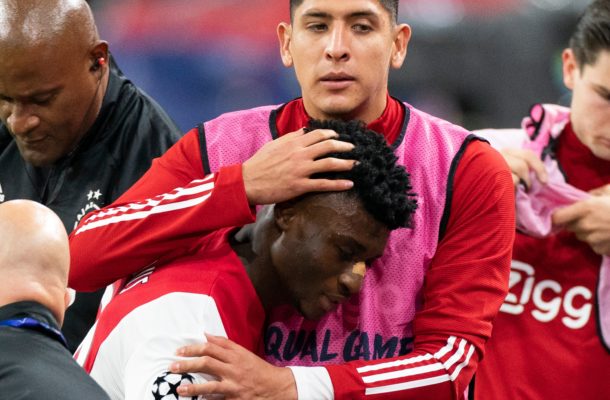 Ajax have announced that Ghanaian midfielder Kudus Mohammed has sustained a meniscus injury that will rule him out of action for several months.

Kudus Mohammed sustained an injury after having a collision with Liverpool midfielder Fabinho and the Ghanaian came off worse.

He could not continue after receiving treatment on the pitch and had to be replaced by Qunicy Promes.

The club announced in an official statement with a tweet:

"Further examinations show that the 20-year-old has a meniscus injury that will keep him out for several months. "

Many Ghanaians and Ajax fans were hopeful the Ghanaian will shine against Liverpool but that will have to wait till the next encounter at Anfield.

The Ghanaian has been a shinning light for the Dutch giants this season since joining from Danish side FC Nordjaelland having made a total goal contribution of four with a goal and three assists.

He has so far played four matches for Ajax with a goal and three assists.