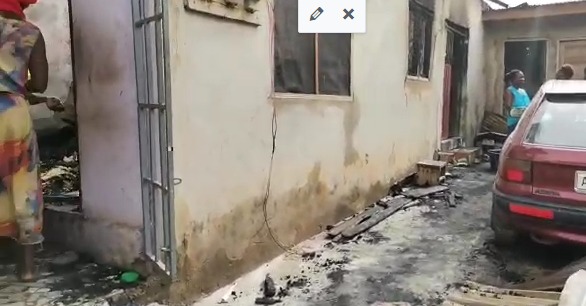 A man has reportedly set a house ablaze in the Ashanti Region, leaving a nine-year-old boy dead, according to eyewitnesses.

The man only identified as Agyemang, a commercial driver, attempted to take his life after the incident, his neighbours at Medoma confirmed to Asaase News.

He is currently under medical watch at the Komfo Anokye Teaching Hospital (KATH) having sustained injuries in the fire.

In the midst of the chaos, his wife and another child got injured.

The incident has left neighbours in a state of shock as fire swept through the four-bedroom apartment destroying properties worth thousands of Ghana Cedis.

Firefighting officials have since recovered the charred body from the debris. The police have also taken up the case to establish reasons behind the incident.