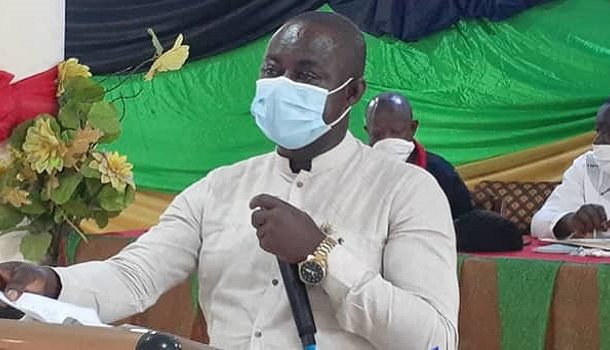 Over six hundred (600) market women and trotro drivers in Tafo-Pankrono are demanding the removal of Fred Obeng Owusu as the Chief Executive for the Old Tafo Municipal Assembly in the Ashanti Region.

They have since threatened that any attempt by the President to reaffirm Mr. Obeng Owusu as their MCE, would be met with a massive demonstration to express their disapproval.

Speaking to the media on the matter, the traders lamented that since his appointment, Fred Owusu Obeng has exhibited gross incompetence and therefore pleaded with Nana Akufo-Addo to reject him in his second term.

Aunty Bodom, a leading member of the Traders for Development group said the MCE does not have their backing following his disrespectful nature towards them.

"The MCE has on numerous occasions showed disrespect towards the people of Tafo-Pankrono. We will not sit aloof and watch him bring the name of the Municipality into disrepute." She said.

Another trader who gave her name as Sista Afia, accused the MCE of only being interested in holding positions but not the development of his area.

"He's seeking his own welfare to the detriment of the Municipality and the citizens. We won't accept that." She averred.

The aggrieved traders, however, warned a section of the Old Tafo Assembly members to desist from shielding the MCE or have themselves to blame.

Meanwhile, the Tafohene, Nana Agyen Frimpong II, has backed calls for the reappointment of Mr. Obeng Owusu saying he is one best thing that happened to the area.

The chief has since urged the people to stop the smear campaign against the MCE as according to him, such actions could derail the progress of the Municipality.