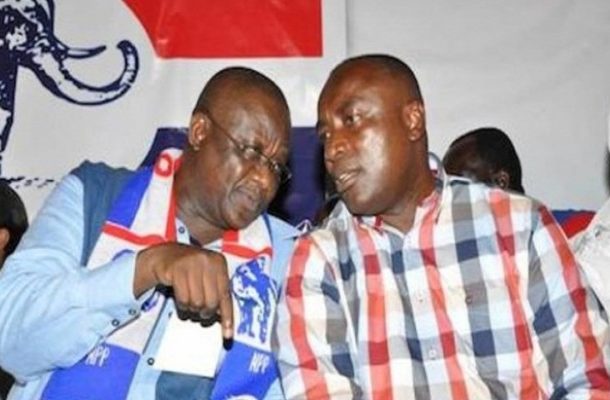 The two national executives of the New Patriotic Party (NPP), Mr Kwabena Agyapong and Paul Afoko were suspended in 2015 for misconduct.

But Mr. Kwabena Agyei Agyepong’s indefinite suspension as a General Secretary of the NPP has been lifted.

According to Mr. Edward, those party members who instigated their suspension will regret it.

“As a party you need strong executives, Kwabena Agyapong and Afoko were the best. But I believe the party members who instigated their suspension will regret it. Now those people are complaining that things are not well in the party”. He said.

In an interview with Bismark Brown on Oyerepa Breakfast, Monday, the former legislator indicated that NPP needs some one like Kwabena Agyapong as General Secretary.

“When the President does wrong thing which will go against the party, you should be bold to tell him as a national executive”. He asserted on the show.