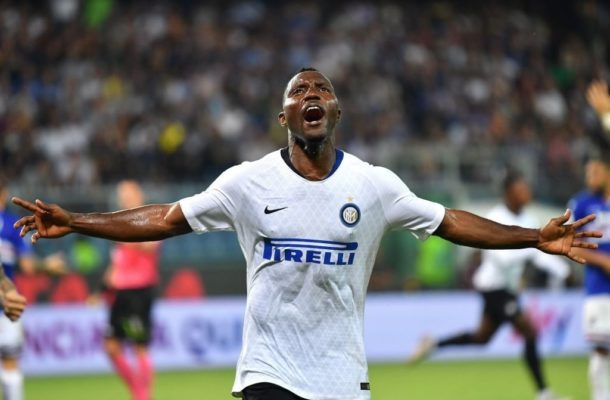 Kwadwo Asamoah was one of the standouts as Inter Milan and AS Roma played out a thrilling 2-2 draw at the Stadio Olimpico on Sunday evening.

The Ghanaian international lasted the entire duration and was impressive throughout the 90minutes.

Cengiz Under hit an excellent 25-yard equaliser but Mauro Icardi headed in Marcelo Brozovic's corner to put the visitors ahead again.

Roma rescued a point which moved them up to seventh from Aleksandar Kolarov's penalty after a Brozovic handball.

Inter -- who lost to Tottenham Hotspur in the Champions League midweek -- remain third, level on 29 points with second-placed Napoli who travel to Atalanta on Monday.