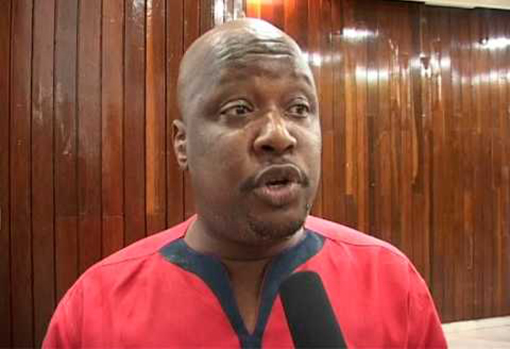 Journalist of the Year, Kwame Sefa Kayi has disclosed names of ministers appointed by the President whom he perceives to be the best and the performing.

President Akufo-Addo came under severe bashing from the populace after he appointed 110 ministers to serve in his government as ministers.

The government justified the huge numbers with the explanation that the president was after results and thus the government should be rated based on their performance.

Ahead of the 2016 elections, the president who was then the opposition candidate referred to then president Mahama as incompetent and also accused him of not having the men to run the country.

A year into his mandate as president, host of Peace FM’s flagship morning show Kokrokoo has pointed that of the 110 ministers appointed by the President, Lands and Natural Resources Minister, John Peter Amewu has stood out in the performance of his duties

“My favourite, who has been my favourite minister?” he quizzed himself before answering “I think Peter Amewu has done well” he remarked
John Peter Amewu has championed an anti-galamsey course that has resulted in the halt of all galamsey activities.

The campaign is in a bid to minimise the damage caused by the galamsey including the destruction of water bodies and farmlands.

The ace broadcaster however, failed to directly answer the question about who the worst minister has been except to retort “Dominic Nitiwul should have kept quiet on Mahama, it was irrelevant. He shouldn’t have spoken” when he was asked his worst minister.

Kwame Sefa Kayi also refused to declare which president has been his favourite but was emphatic that he had no political inclination.

He also threw out rumours that he had been offered appointment by the current government stating that there was no truth to those rumours.

“we are not truthful people in this country, we are too petty when it comes to politics. I remember when I campaigned for Mahama to become vice president, running mate to Atta Mills and I did the same for Bawumia. The flak? It will take us a while to get there” he observed