Kwasi Appiah may continue as Black Stars Coach after contract expiration in Dec. 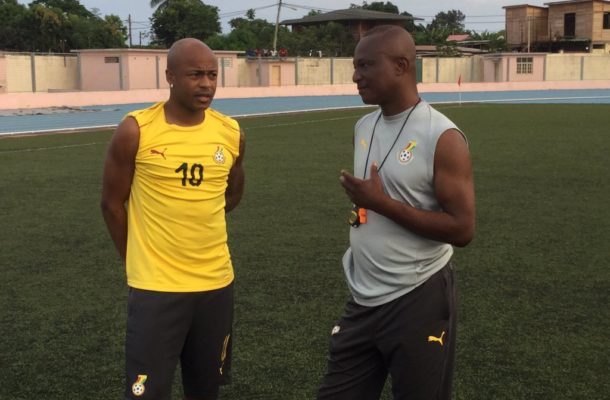 Black Stars head coach James Kwasi Appiah may carry on his post as the Ghana Football Association seems uncertain as to extend his contract which will expire in Dec 2019.

Mayele assumed the post in May 2017 signing a two-year contract, that greeted with joy from majority of fans who called for a local gaffer to handle the Black Stars despite the criticisms of his tactics and formation.

Kwasi Appiah topped Group F of the 2019 Africa Cup of Nations qualification, which he was tasked to win in Egypt.

The GFA Normalization Committee renewed his contract for six more months to cover the 2019 AFCON that has been moved from January to June.

Kwasi Appiah was eliminated in the quater-finals against Tunisia at the 2019 Africa Cup of Nations.

There were strong calls for Kwasi’s dismissal after the competition but the GFANC opted not to sack the Black Stars coach.

Ghanaguardian.com dependable gathered that, the new GFA president, Kurt Okraku is keen on meeting the Ex-Co on the future of Kwasi's contract once it expires in Dec.

It however remains to be seen if Kurt, who according to other source, is been prevailed upon to extend Kwasi Appiah's contract and give him the third chance to lead Black Stars.

Ghana have won their two games in the 2021 AFCON qualifier against South Africa and Sao Tome, leading group C with six points with Kwasi Appiah incharge.

The qualifiers will resume in August 2020 after an eight-month break. And the Black Stars will host Sudan at home