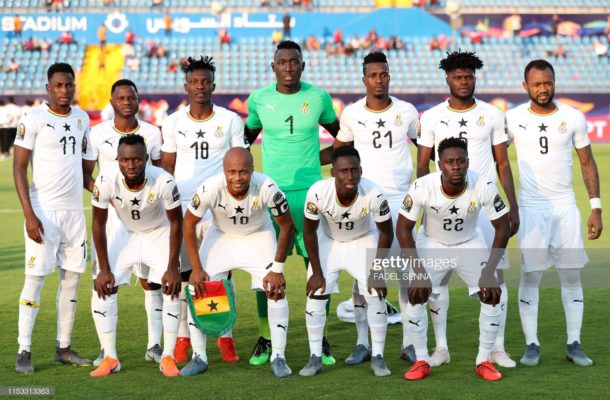 Coach Kwesi Appiah has shaken up Ghana’s starting lineup for today’s round of 16 clash tie against Tunisia.

Two changes have been made from the team which started the 2-0 win over Guinea-Bissau in their final Group F encounter on Tuesday.

Afriyie Acquah has been handed his first start in the competition alongside Mubarak Wakaso in midfield.

Kassim Nuhu who is returning from suspension also makes a return to starting XI with Joseph Aidoo making way.

The Black Stars and the Carthage Eagles will lock horns at the Ismailia Stadium at 7pm.

Below is Ghana’s starting line up to face Tunisia;