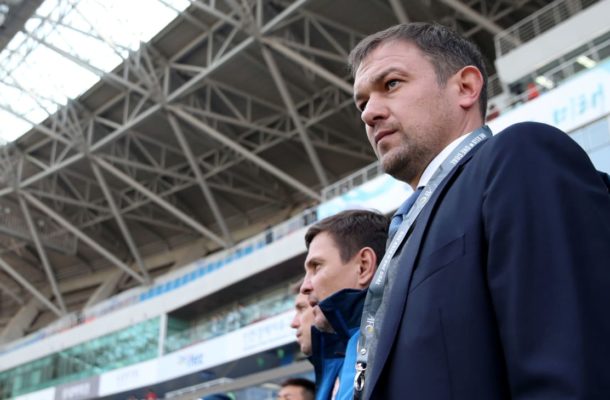 Kuala Lumpur: Head coach Aleksander Krestinin is confident Kyrgyz Republic will be ready for Marcello Lippi's China PR when the pair face off in their AFC Asian Cup UAE 2019 opener in Al Ain on January 7.


The Central Asians will be making their first-ever appearance at the AFC Asian Cup in the United Arab Emirates and China PR will be their first opponents in Group C, with Krestinin confident he can take his team into the last 16 on their debut.

While FIFA World Cup winner Lippi leads a squad who regularly play and train alongside some of the finest talent in the sport, Krestinin believes the number of foreign players in Chinese football may not necessarily be an advantage for the Italian coach’s team.

“We have to start with the coach here: a great specialist, a world champion,” Krestinin told the-AFC.com when assessing his team’s first opponents. “Obviously, Lippi is there to bring his great experience of participating in huge tournaments.

“Also China is a country where football is booming right now, which also means huge financial investment. A lot of foreigners come to play there. Domestic footballers are playing next to them and gaining a lot of experience, constantly increasing their football skills.

“However, our national football team players are leaders in their clubs, both at home and in foreign leagues. This psychological moment is very important, and we will see what kind of impact it is going to have on the games.”

With the AFC Asian Cup expanded to 24 teams for the first time in the competition’s history, Krestinin is confident his team can be among the newcomers to spring a surprise and advance to the knockout phase of the competition.

The top two teams in each of the six groups will advance to the Round of 16, where they will be joined by the four teams finishing in third with the best records, and the Russian believes Kyrgyz Republic should not be discounted in a group that also features Korea Republic and the Philippines.


“Every coach will say that his team has a great chance to go through the group stage, and I am no exception here,” he said. “Football is unpredictable and this is what we love about the game.

“With the proper organisation of training camps and quality training sessions to prepare the team for the key games, everything is possible. We all know that in such big tournaments there are lots of sensations and unexpected results.

“Analysis of our games against good level teams show that we can objectively qualify to the Round of 16. On one hand, our away games statistics are negative; on the other at home they are positive.

“But when it comes to the actual performance on the Asian Cup, no one will be playing either home or away. And the only important thing will be how well each team prepares for the games in January 2019.

“Today, in our group, I can highlight Korea Republic and China as favourites, but as I already said, anything can happen. And the big competitions have shown us that the favourites are not always taking leading positions in their groups.”

Whether Kyrgyz Republic advance or not, however, Krestinin is confident the game in the country will receive a huge boost from the team’s involvement in the AFC Asian Cup UAE 2019.

“Qualifying for the Asian Cup is a significant event itself, as in Kyrgyz Republic support for football at government level is minimal,” he said. “But even in such conditions, the Football Federation is constantly looking for opportunities to improve training conditions for our athletes.

“I believe that the experience gained at the Asian Cup will help promote football in the country. Without exaggeration, the whole of Kyrgyz Republic will follow the performance of the national team at the Asian Cup in January in UAE. In this situation, it is very important to take advantage of the increased popularity of the sport at state level in a timely manner.”