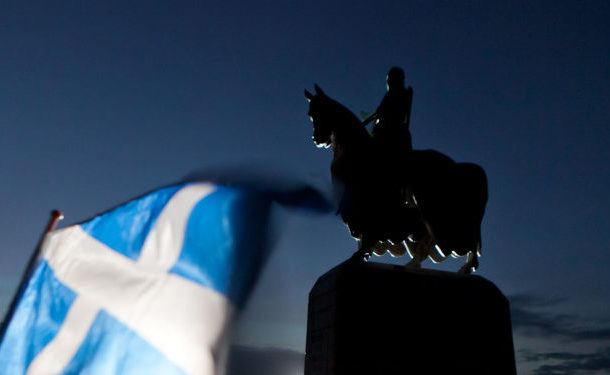 I don’t usually have any sympathies for unionist politicians in Scotland, particularly those who oppose not only the principle of independence but the democratic right of the Scottish people to decide their future in a democratic referendum.

Current Scottish branch leader of the UK Labour Party is one such individual. His name is Richard Leonard and his tenure as leader of the Labour party in Scotland began in November 2017 but is unlikely to last until the end of September this year. His chances of leading Scottish Labour into the May 2021 election are akin to me recovering the need to use a hairbrush. My receding hairline is permanent, and Richard’s time leading Scottish Labour is over.
I listened to and watched Richard defend his position just before 9am this morning on the Sophie Ridge Sky news show. It was an excruciating experience. He really should conduct such interviews in rooms with reliable internet connections as the constant loss of reception during his withering defence added to the impression of a condemned man making a futile plea for clemency.
Labour in Scotland on Political Life Support Machine
Labour in Scotland is a fatally wounded animal. It is on the political equivalent of a life support machine with latest opinion polls estimating support as low as 14%, a full six percentage points behind the dire Tories, and an embarrassing forty three percentage points behind the SNP. That YouGov poll of a couple of weeks ago predicts a massive victory for the SNP in next May’s Scottish Parliament elections and the election of an overall SNP majority in a parliament with a voting system designed to prevent any one party achieving an overall majority. It compelled Richard Leonard’s ineffectual predecessor and former staunch unionist Keiza Dugdale to make a stunning statement only a few days ago:

“… there will unquestionably be a second independence referendum”


The views and opinions expressed in the article do not necessarily reflect those of Sputnik.