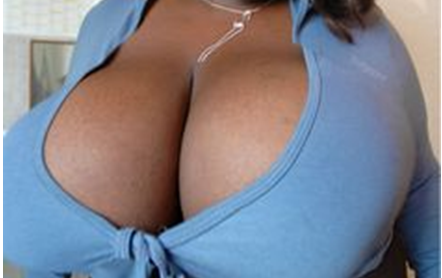 Donna Marie Lange, 50, is accused of smothering her boyfriend to death with her ample chest after witnesses told police they saw the couple drinking and arguing in their Everett, Wash., motor home, according to the incident report obtained by the Daily News.

The unidentified victim was later pronounced dead at the hospital. Lange was also taken to the hospital for a facial injury.

Lange was later found on top of him with her chest pressed atop his face. She appeared passed out, according to the witnesses, who admitted to deputies that they had also been drinking and smoking marijuana that day.

They said it was difficult moving Lange because of her size.

Deputies were told that the man did have a heart condition and that Lange had “smothered him to death,” the report said.

When deputies went to interview Lange at the hospital, she appeared intoxicated. She said that she loved the victim and they had only been shacking up for about a month.

“She didn’t admit any wrongdoing and she said that she was sorry if the victim was dead, but she didn’t know anything about how he died,” according to the report.

While it’s unclear why the couple fought, the report said Lange was upset when one of the witnesses, who was the ex-girlfriend of the victim, was inside her home that day.

Deputies couldn’t immediately determine the cause of death, but Lange could face a charge of second-degree manslaughter.

A sheriff’s office spokeswoman could not immediately say Wednesday whether Lange had been charged.