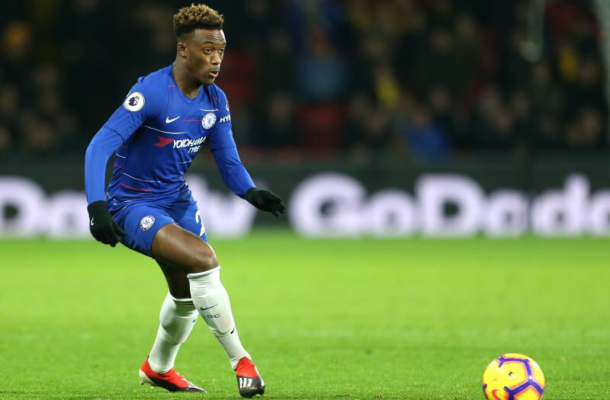 Frank Lampard has revealed that Callum Hudson-Odoi is 'pure talent' and that he sees him as an important player in his Chelsea plans.

The 18-year-old is currently recovering from an Achilles injury he suffered near the end of last season, after a wonderful campaign with the senior team.

His form and obvious talent saw Bayern Munich submit a number of rejected bids, with Chelsea making it clear that the youngster was not for sale.

"I have seen Callum come through and he is a fantastic talent," Lampard said as quoted by the club's website.

Lampard took over reigns at Chelsea last week, replacing the departing Maurizio Sarri, who left to join Juventus a few weeks ago.

The team is currently in Ireland for the preseason, with Odoi and a few other stars including Antonio Rudiger and Reuben Loftus-Cheek missing as they nurse injuries.