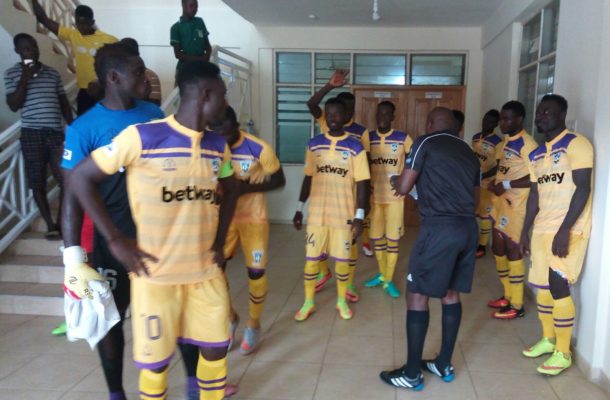 Medeama SC scored an injury time winner to condemn Asante Kotoko to their first defeat of the season at the T & A park.

The first half was goalless with both teams failing to create any real goal scoring opportunities.

A heavy downpour at the start of the second half made the game a bit more tricky for both sides as the conditions took away from the spectacle.

But as the match was headed for a draw, the Mauve and Yellows were handed a penalty in injury time after Seth Opare was adjudged to have fouled Rashid Nottey.

Former Kotoko star Kwame Boateng stepped up to convert expertly from the spot and ensured Medeama snatched all three points.

Medeama have moved to 4th with six points following the win while Kotoko now occupy the 7th spot with four points.