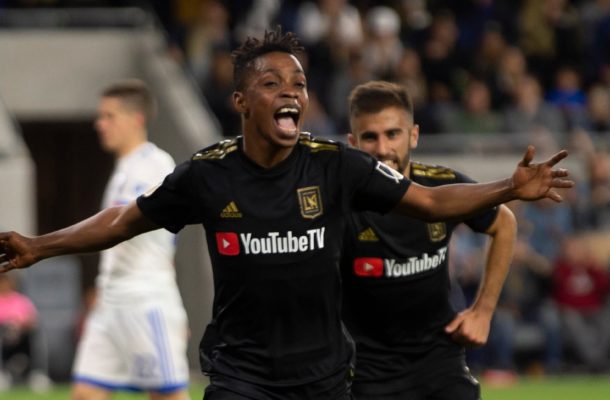 Ghanaian winger Latif Blessing was on target for his Major League Soccer side Los Angeles FC  in their 3-1  win over Seattle Sounders FC on Tuesday.

The home side Los Angeles FC dominated proceedings of the game very early on but were unable to break the deadlock as the Sounders defence stood resolute.

But the home side found the back of the net in the 21st minute of the game through Uruguayan attacker Brian Rodriguez for the breakthrough.

On the cusp of half time Ghanaian winger Latif Blessing added the second goal for his side after tapping home from close range from a Christian Arango cross.

The former Liberty Professionals man continued from where he left off in the first half as he supplied the assist for the third goal as he turned provided for Christian Arango to make it 3-0.

The 24-year-old has made 28 appearances in the ongoing campaign and scored two goals and two assists.