Law students run to Mahama after Akufo-Addo shunned them 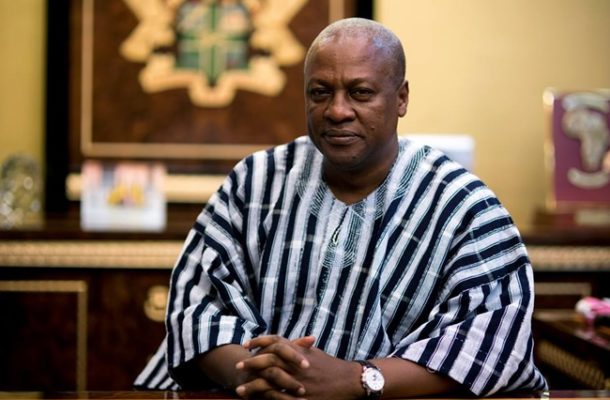 Aggrieved law students sought shelter in the hands of Former President, John Dramani Mahama after they were sent away from the presidency.

The demonstration by some law students in the country was marred after police officers opened tear gas to disburse them.

The demonstrators who are seeking reforms to legal education in Ghana, started peacefully at the main campus of the Ghana School of Law.

But their last-ditch effort to present their petition to the president at the Jubilee House was met with resistance from police officers, who claimed the demonstrating students had no permission to enter the presidency.

The protesters however diverted their call to petition the flagbearer of the opposition National Democratic Congress (NDC).

Mr Mahama backed the calls by the aggrieved law students and their sympathizers for reforms in the country’s legal education system.

He expressed regrets at the treatment meted out to the students by the police as they embarked on a demonstration exercise dubbed #OpenUpLegalEducation on Monday.

Speaking after the demonstrators called on him to give him a copy of their petition, Mr Mahama expressed readiness to spearhead the conversation on reforms in the legal education system.

“It just happens that by coincidence we had an interaction with the Ghana bar association this morning and we have embarked on a number of interactions with professional groups, civil society organizations, and faith-based organizations. Actually, the issue that you are concerned about came up in our discussion and we expressed our opinion and said that we are happy to open a conversation with regards to reforming the legal education system”.

“I expressed my regrets at the treatment that you have been subjected to, and to extend my sympathies to those who have been injured and the ones who have been put in detention. You are our children and as young people, as you are, I believe that everybody should have the opportunity to pursue the career of their dreams and all avenues should be opened to make it possible for young people to realize their full potential”.

This sparked national outrage amidst claims that the mass failure is a deliberate attempt by the General Legal Council to deny people access to legal education and make it a preserve of a few.

During the morning protest, the demonstrators mobbed the vehicle of a Deputy Attorney General, Mr Godfred Yeboah Dame and temporarily blocked him from moving.

They wanted to exact an assurance from him that the government would listen to their concerns and fix the problem immediately.