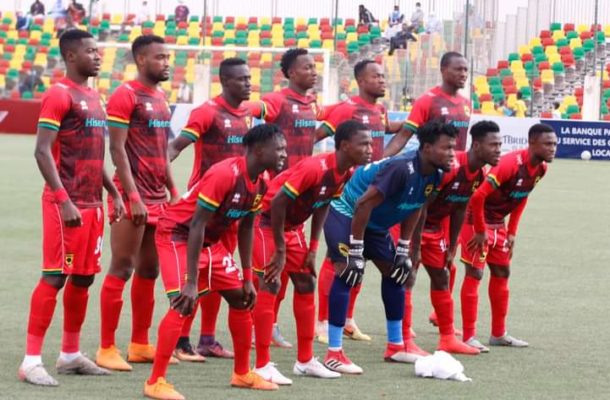 League leaders Asante Kotoko will lock horns with Medeama SC on match day 21 of the Ghana Premier League at the Obuasi Len Clay stadium on Sunday.

This shall be the first competitive fixture between the two sides to take place outside Kumasi, Accra, Sekondi or Tarkwa since July 2010 when the mauve and yellows joined the elite League in Ghana.

Life at their new home – Len Clay stadium in Obuasi has been brilliant after picking a 100% record in their last two outings. Their flying start to the second round of the season suffered a blip on Friday when they were held by second placed Great Olympics in Accra.

Brazilian import Fabio Gama’s influence on the team cannot be over emphasized following his quick adaptation to rugged nature of the League and his assists rate.

The former Botafogo man has scored two goals and made two assists in his last three matches for Asante Kotoko and pundits believe that his absence affected the Porcupine Warriors in the game against Great Olympics.

Coach Mariano Baretto has brought dynamism and technical discipline to the side since he took over – the players have adapted very well and are playing to instructions. Asante Kotoko sit at the top of table of the table with 35 points – two points better than Medeama SC who sit in fourth place with 33 points.

The mauve and yellows suffered an excruciating loss to Great Olympics on the resumption of the League – but have since picked all the six points with back to back wins against Dreams FC (2-0) and Legon Cities (2-1).

Their star man Justice Blay is ruled out for several months after picking an injury against Legon Cities on Sunday. It would have been great to watch him play against his former side on Saturday – but the Tarkwa lads have competent players to feature in his absence.

Eric Kwakwa, Rashid Nortey, Prince Opoku Agyemang, Amed Toure, Kwasi Donsu, Ebenezer Ackaibi and Richard Boadu have proven to be players for big games and that shouldn’t be a bother for coach Yaw Preko and his technical team.

The match is scheduled for 3pm kick off at the Obiasi Len Clay on Saturday, April 24, 2021 and it will be broadcasted live on StarTimes Adepa Channel 247.