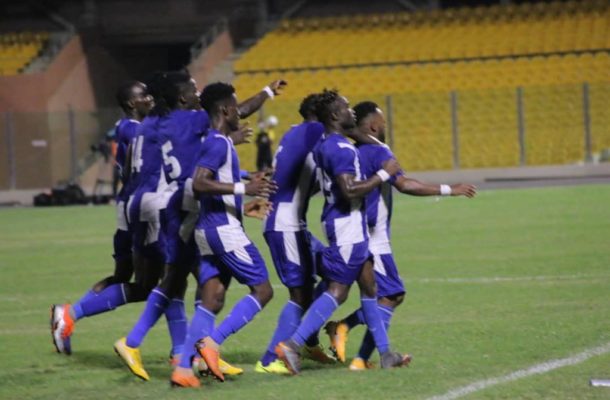 For all their money, Legon Cities would have wished they could have bought a win last night but that was not to be as the wonder club surprised moneybags Legon Cities.

It was a three nil beating at the Accra Sports Stadium as Gladson Awako stole the show on a night when he reminded everyone about his prodigious talents in his prime.

He proved that he is not done yet despite promising so much in youth but delivering very little.

Gladson Awako struck Fatau Dauda's post very early in the game but it was the home side Great Olympics who were asking all the questions which the royals struggled to answer.

At the tail end of the first half, Great Olympics won a free kick on the edge of the Legon Cities box,upped stepped Awako who shot through the wall for the opener for Olympics.

During restart, Legon Cities pressed for the elusive equalizer and Olympics took advantage of the high press to get their second goal through a counter attack when their attacker was fouled in the box.

Maxwell Quaye scored the resulting penalty to make it two nil in favour of Great Olympics.

In the last ten minute Great Olympics wrapped up the scores as Samuel Quaye slotted home the third to give Olympics all three points after the respectable draw last weekend against Medeama.