Let's give Rawlings a state burial with dignity - Sam Okudzeto 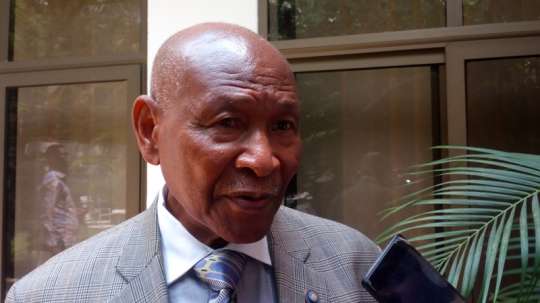 Former president of the Ghana Bar Association Sam Okudzeto has urged the state to put measures in place to give the late former President, Jerry John Rawlings a befitting burial.

“Let’s bury him with the dignity that he deserves. He is a former president of the country and it is the state’s responsibility to bury him but the state, of course, would do that in consultation with the family,” he stated.

Okudzeto urged Ghanaians to learn to be at peace with each other as Rawlings reconciled with persons he had disagreements with.

“What we should learn from him is the way he reconciled with persons he previously had issues with like our current president (Akufo-Addo) which is something that all of us should learn to do.”

“We are all Ghanaians and tribes shouldn’t divide us because we are one nation, one people with a common destiny. This is the legacy the former president left for all of us as Ghanaians.”

A book of condolence has been opened at the Accra International Conference Centre in memory of the late former President.