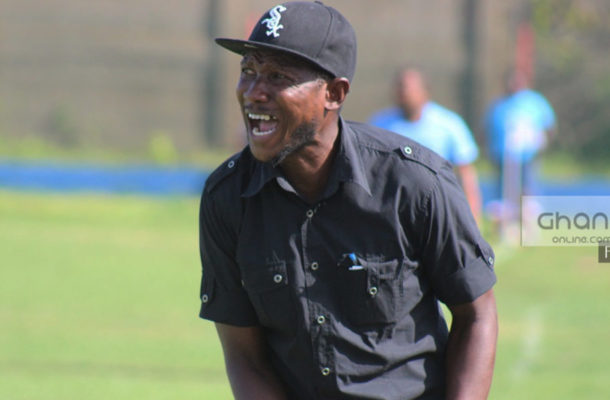 Liberty Professionals Coach Reginald Asante Boateng has bemoaned his team’s profligacy infront of goal in their  2-1 defeat to Ebusua Dwarfs on Sunday in the Ghana Premier League at the Cape Coast Stadium.

The scientific soccer lads came into matchday 7 on the back of two successive victories and were full of confidence in the opening exchanges of the match.

They took a deserved lead through Benjamin Eshun who scored from the spot to give them 1-0 lead at the break.

However Liberty squandered several opportunities to grab a two goal cushion which they were made to pay for by a resilient Dwarfs team.

Second half goals from Mustapha Alhaji and Dennis Korsah ensured the hosts fought back to snatch all three points.

Speaking to reporters after the match, Coach Reginald was disappointed in the result and lamented his team’s finishing in the ‘painful’ defeat.

"It was an interesting game, I think we lost all the chances," he said after the game. "We played well but we didn't finish well so it's a very painful loss but we will go back to the drawing board,"

The result meant Liberty drop to 15th on the standings with 7 points.