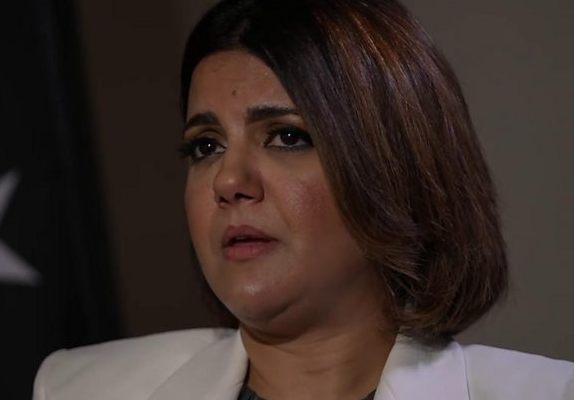 Libya’s presidential council says it has suspended Foreign Minister Najla El-Mangoush for 14 days and banned her from travelling, pending an inquiry.

It accused her of not co-ordinating on foreign policy, but the transitional government rejected the decision, saying she would carry on as normal.

The political infighting follows comments she made in a BBC interview about the Lockerbie bombing in 1988.

Libya admitted responsibility for the bombing in 2003.

Controversy ignited here after the minister spoke to the BBC about the possible extradition of a new Libyan suspect wanted by the US over the bombing.

The downing of the plane – in which 270 people were killed – remains a sensitive subject here, and a painful one in the US and Britain.

Najla El-Mangoush told us that the Libyan government was very open to collaborating with the US on the question of extradition, and said the matter was progressing.

“We understand the pain and sadness of the victims and the families,” she said.

The move to suspend – and ground – the top diplomat comes ahead of a major international conference on Libya in Paris next Friday.

It also comes as Libya is moving uncertainly towards nationwide elections, due in late December.

This kind of dispute between institutions of state is not new in Libya, far from it.

The country has two competing parliaments and is deeply divided between East and West. With the elections approaching, the internal competition is on the increase.

The Libyan government said the presidential council had no legal authority to suspend or investigate a minister, and the foreign minister would continue her work.

She is currently out of the country and is expected to attend the Paris conference.

It’s likely that the international community will want this row to be defused quickly, to keep the focus on holding elections – tricky as that may be – and on the future of Libya.