Lifting of lockdown: "Managing the ordinary African is no joke" - Peace FM journo 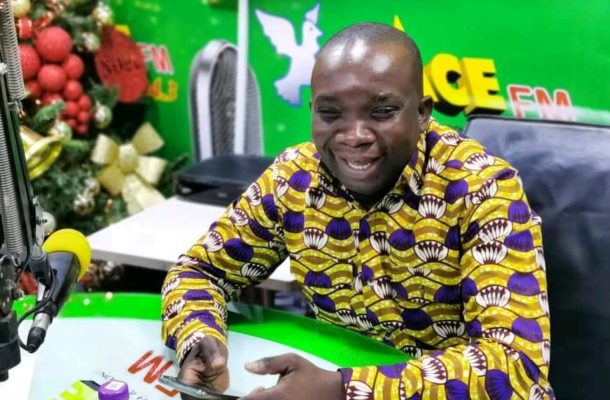 The decision by Ghana government to end the partial lockdown it imposed on its citizens in the wake of the outbreak of the COVID-19 pandemic, has been met with diverse opinions amongst the populace.

Three (3) weeks ago, President of the country, Nana Addo Dankwa Akufo-Addo restricted movement of the people in Greater Accra, Kasoa, Tema as well as Greater Kumasi and its contingent districts as part of measures by the government to contain the spread of the deadly disease.

During an address to the citizens Sunday, April 19, 2020, President Akufo-Addo announced that the 3-week partial lockdown has been lifted.

The idea of lifting the lockdown was to pave way for official and business activities in the West African nation and to ease the many pressures it had brought on affected areas after their movements were restricted for the said period.

The waiver has however sparked debates amongst the Ghanaian people. While some praise the government for having its citizens at heart, others believe the decision was an indication the government is incapable of providing adequate security for its people in light of the pandemic.

Commenting on the many reactions that have so far been received from the divided Ghanaians, Peace FM editor, Nana Yaw Kesseh, affectionately referred to as The Cardinal, berated the ordinary African, saying managing them is not an easy task.

The popular newscaster chronicling the various interventions by the government in a post on Facebook, rhetorically quizzed "what does the ordinary governed African want?".

Below his full unedited write-up:

But seriously managing the ordinary African is no joke o,stay home and be safe he says "No,I need to go and buy yɔkɔgari at Tema because the one at Achimota has become one way", stay at home and let me give you some cooked food, "he says ahh I don't like pepper so give me uncooked one" okay take this pack of uncooked food and stay indoors, he takes it and sell it and comes back to say "the food is being shared on party lines so I haven't been fed". Okay then I am tired of ingrates so henceforth everyone should go out,go everywhere you want to go,go as far as you can but just be careful, he says "ah orga, wants to kill all of us"
The question now is "what does the ordinary governed African want ?"