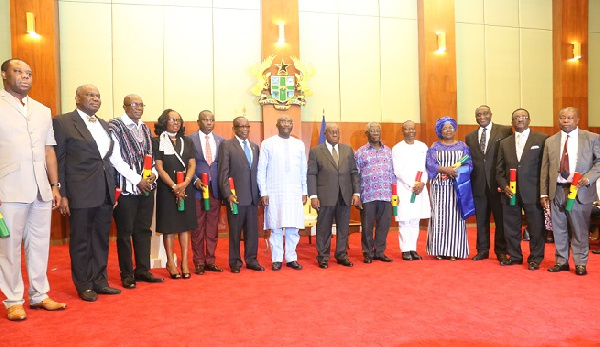 It is a list that appears to have been strategically prepared, taking into consideration the pedigrees of each of the appointees and the specific programs or media platforms they have been assigned to.

And without a doubt, the news of the major U-turn by the Nana Addo Dankwa Akufo-Addo government to eventually go to the International Monetary Fund (IMF) after playing several political antics with the citizenry, has left more questions than answers.

The move was described by scores of people as a disappointing move by the government, especially after it fought its way through parliament to get the controversial Electronic Transfer Levy (E-Levy) passed.

The E-levy was touted as the one to cushion the country rather than the option of going to the IMF.

This is due to the fact that some ministers have thus far made some significant arguments for why approaching the IMF is a wise course of action through their media appearances.

It has, however, emerged that this is all not just some coincidence, but a well-coordinated plan to have these appointees, most of whom are cabinet ministers, flood media spaces with their harmonized defenses for why it is justified for Ghana to go to the IMF now.

The seemingly incomplete list, as sighted by GhanaWeb and titled “GOG Engagement with IMF,” lists 26 media engagements between the period of Monday, July 4, 2022, and Wednesday, July 6, 2022.

The list shows the days, the government ministers assigned, and the media platforms on which they are to appear to make their defence of the decision to go to the IMF. 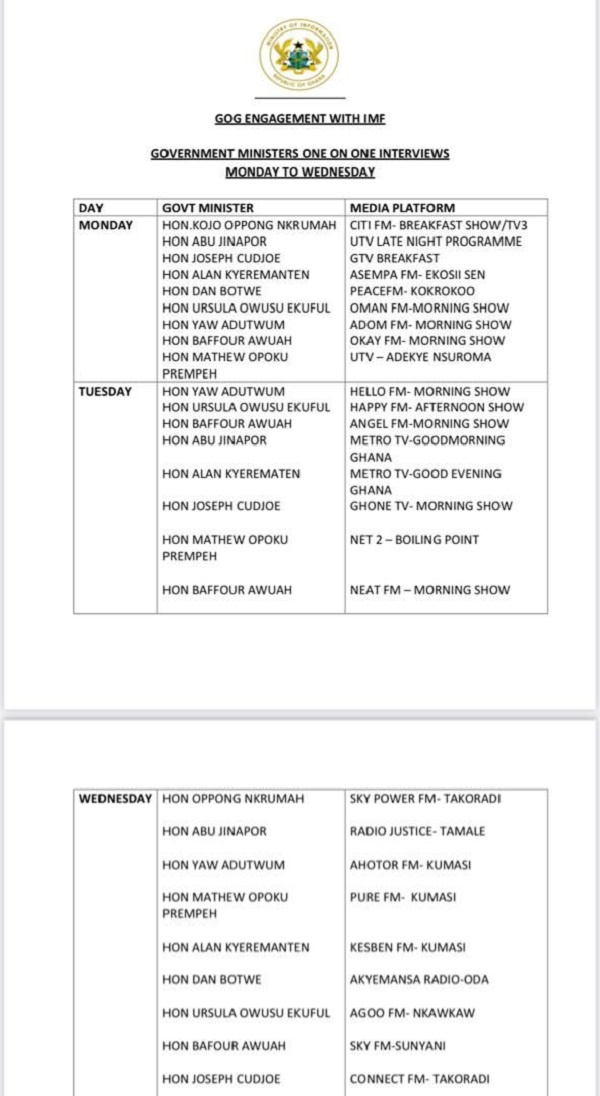